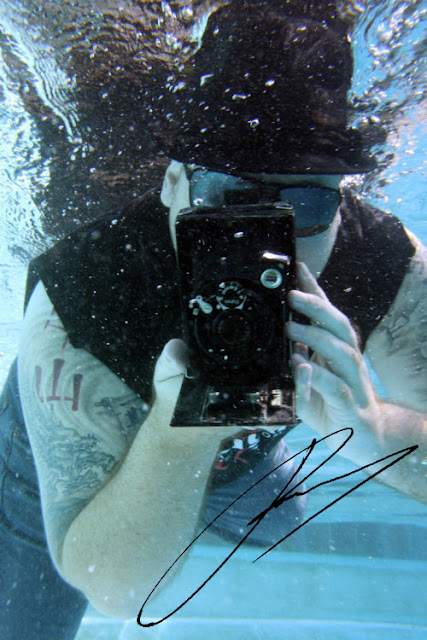 Mr. Rasner started his career in 1997 under the tutelage of Michael Nakayama, a professional nude photographer who shot for Playboy, Hustler, Club and other men’s magazines. When he passed away in 2001, he left the entirety of Nakayama Studios to Richard. Since taking over, Richard steered the studio in to a new direction of fine art nudes, and expanded the physical studios to various locations around the world. Currently, there are Nakayama Studios locations in Riverside, CA; Anchorage, AK; Ephrata, PA & Beijing, China; and there are plans for more studios on the way.
Mr. Rasner’s career skyrocketed in 2005 with the release of his first book “Whispers of the Mind” (a compilation of nude double exposure photographs) which instantly became a top 1,000 seller on Amazon.com. Other books featuring Mr. Rasner’s work soon followed, and to date he has been published in over 40 books, magazines and art blogs internationally from publishers in the U.S., Poland, Argentina and more. A new book “The Beauty of Ink (Vol 1)” is due out in late 2015.
In addition to his books, his work is prominently displayed in museums and art galleries in major cities such as Los Angeles, Las Vegas, Vienna (Austria), Lodz (Poland) & Beijing (China).

In 2007 Richard cut his teeth on live music photography as the lead staff photographer for Mojo Republik Magazine (a division of Universal Records) shooting such bands as Nine Inch Nails, Panic! At the Disco, REM, Billy Idol, Stone Temple Pilots and many, many more. After shooting Duran Duran’s “Red Carpet” tour in Las Vegas, the veteran band requested use of the images for their website, stating it was some of the best shots they had ever seen in their long career. He is also worked for KCXX Radio in Southern California where he continues to shoot notable bands such as Slipknot, Anthrax, The Offspring, Three Days Grace, Avenged Sevenfold… the list goes on. To date, Richard and his team of Nakayama Studios photographers have shot over 200 bands from garage startups to rock legends. Mr. Rasner has been the official staff photographer for bands Gallows Humor, The Belles of Bedlam, Awaken The Tide, Love Vendetta (formerly Lips Like Morphine) and Iron Butterfly (of ‘InnaGaddaDaVida’ fame.)

To see more of Richard’s work (including information on how to purchase prints) find him at www.UniqueNudes.deviantART.com